The Development Process of DUBTAC

The Development Process of DUBTAC

The use of Proteolysis Targeting Chimeras (PROTACs) to degrade dysfunctional proteins has shown great potential to target proteins that were previously considered “undruggable”, and several projects have entered clinical evaluation worldwide.

On February 24th, in a paper published in Nature Chemical Biology, scientists from the University of California, Berkeley, described Deubiquitinase Targeting Chimera (DUBTAC), a heterobifunctional molecule that is structurally similar to PROTAC and capable of stabilizing targeted proteins. The use of DUBTAC has been shown to stabilize and restore the function of an unstable mutant form of the cystic fibrosis transmembrane conductance regulator (CFTR).

Frame shift mutation (ΔF508) in CFTR is the most common cause of cystic fibrosis. ΔF508-CFTR, which is unstable, can undergo K48 polyubiquitin and be degraded, resulting in disruption of chloride transport across epithelial cell membranes. In this study, scientists speculate that a molecule that recruits both endogenous deubiquitylating enzymes (DUB), as well as a molecule that targets ΔF508-CFTR, may be able to bring DUB and ΔF508-CFTR closer together, leading to deubiquitination and consequent stabilization of ΔF508-CFTR.

To find DUBs with suitable binding sites, the scientists mined their group's database and found 66 DUBs with probe-modified cysteine residues. Among these DUBs, some of the main probe-modified cysteines are not located at the catalytic site and could be preferentially bound, and the researchers speculate that such DUBs are unlikely to lose catalytic activity after binding to their recruited ligands. Among the seven suitable DUBs found by the investigators to meet this criterion, OTUB1 was finally selected for further investigation, mainly considering the role of OTUB1 in the cleavage of the K48-linked polyubiquitin chain and the distance between its predominantly modified cysteine C23 and its catalytic cysteine. 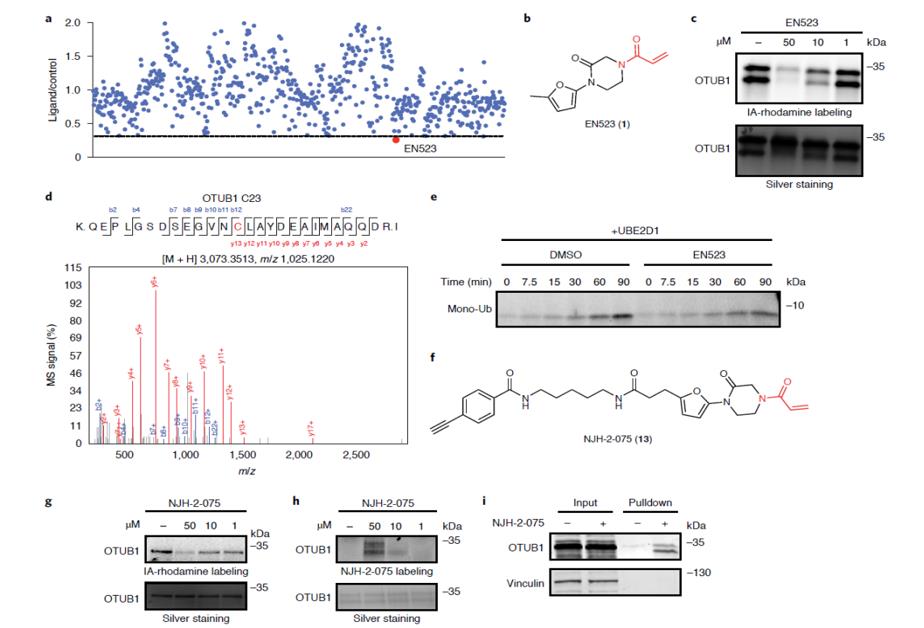 Then, the researchers analyzed the ability of a group of cysteine-reactive ligands to bind OTUB1 and identified acrylamide EN523 as the first choice. In vitro experiments showed that EN523 was specifically bound to the allosteric C23 site of OTUB1, and OTUB1 activity was not lost after binding.

After determining a suitable DUB recruiter, the scientists then evaluated the likelihood that Lumacaftor (a drug) would serve as a warhead against ΔF508-CFTR. Lumacaftor, acting as a molecular chaperone for ΔF508-CFTR, increased CFTR transport to the cell membrane and partially restored CFTR function, but most of the misfolded protein was still ubiquitinated and degraded. 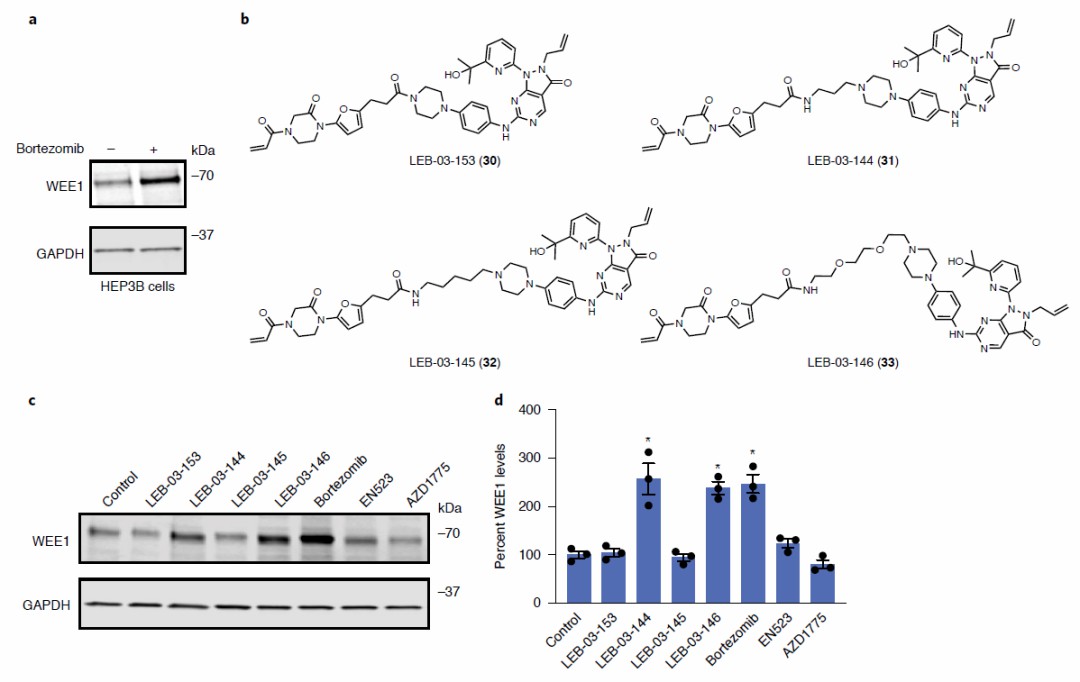 For further proof of concept, DUBTAC targeting the tumor suppressor kinase WEE1 was also synthesized. WEE1 was degraded in many tumors to promote cancer cell proliferation. Stabilizing the level of WEE1 kinase in cancer cells is expected to prevent tumor growth.

In this study, WEE1-targeting DUBTAC consisted of EN523 ligated to a clinically developed WEE1 inhibitor via C3 Alkyl Linker or PEG-based Linker. The study showed that both DUBTAC significantly stabilized WEE1 in HCC cell lines, whereas treatment with EN523 or AZD1775 alone did not affect WEE1 levels. 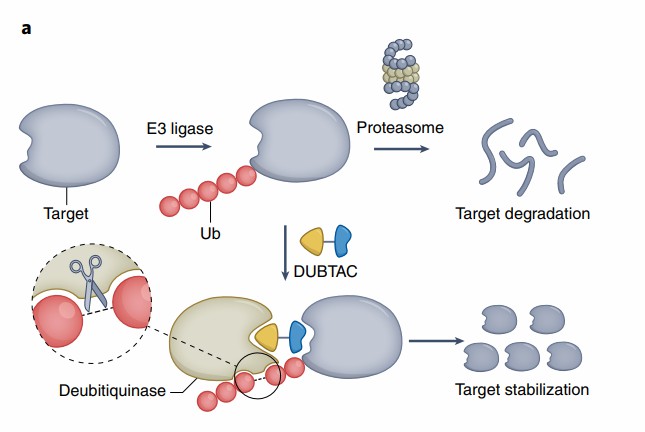 Overall, this new study shows that EN523, a covalent small molecule recruiting ligand for OTUB1, can be used to stabilize target proteins in cells as part of heterobifunctional DUBTAC. Next, the scientists will further optimize the DUB recruitment ligand and Linker length to improve the potency of DUBTAC, and they will also investigate the potential of DUBTAC to target other disease-related aberrant proteolytic pathways.

Professor Daniel Nomura, who led the research, said: "We believe that this novel DUBTAC therapeutic platform enables the development of novel drugs against a wide range of human diseases, including cancer and neurodegenerative diseases as well as a variety of inherited diseases, by targeting abnormally degraded pathogenic proteins previously thought to be untargeted."